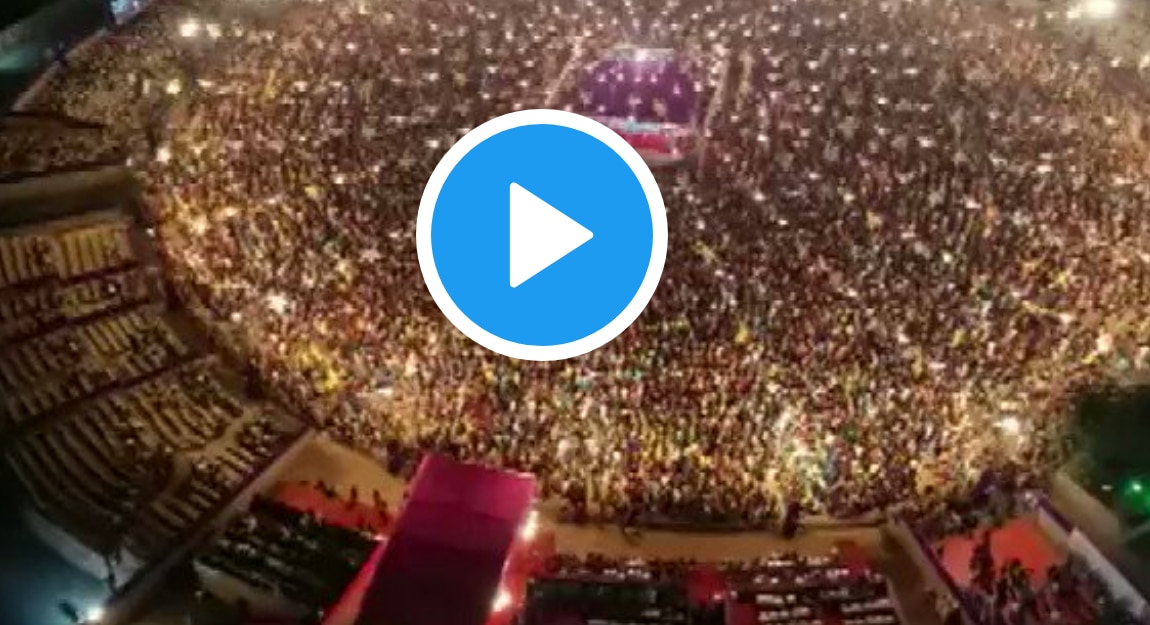 Vadodara: Needless to say, the Navratri fever has gripped the entire nation. People are not missing any opportunity to spread the festive cheer by playing Garba in the most unexpected places. On the occasion of the fifth day of Navratri, devotees in large numbers played Garba in a mela ground in Gujarat’s Vadodara, and the clip will leave you stunned. A video clip captured by ANI shows an aerial view of thousands of people dancing the garba. People are seen moving in sync in a large circle embellished with lights and vibrant colours.Also Read – Viral Video: Crocodile Faces Off Against Python Then Sneakily Attacks. Watch Who Wins

The video has gone viral, and people loved the extravagant celebrations, especially after festivities were dampened for the last two years because of COVID. “India!! It’s a country of celebrations. That’s how the world should view us,” posted a Twitter user. Another wrote, “Loved the drone shot.” A third wrote, “Just the ambience here So pretty.”

This year, Navratri started on September 26 and will conclude on October 5.