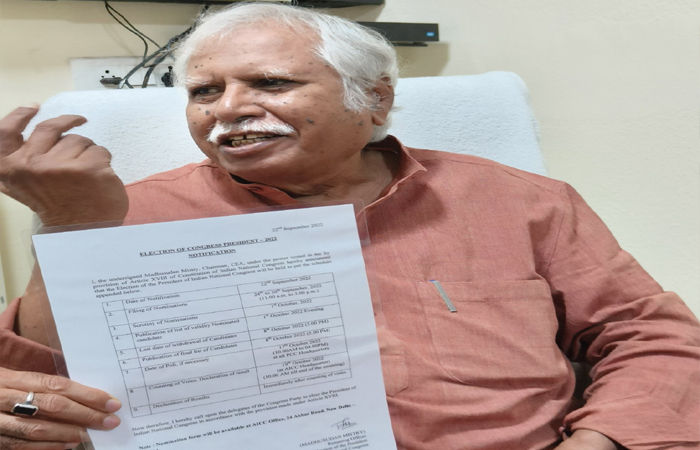 Notification for the election of Congress President has been issued today. With this, the election process of choosing the person sitting on the top post of the oldest political party of the country has officially started.